Corix Partners is active at a number of levels in the wider cyber security community in the UK and abroad. This is a summary of the activities which we have undertaken during June and July 2016. 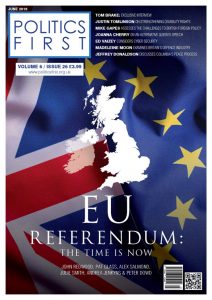 An article from Corix Partners was featured in the June edition of Politics First published on 7th June 2016.

The article – from JC Gaillard, MD & Founder, Corix Partners  –  focused on why Cyber security must be at the heart of the public sector IT agenda and must be seen as a necessary barrier against real and active threats.  It can be downloaded here.

Other contributors included Ed Vaizey, minister for the Digital Economy.

The event offered an excellent and very interactive round-up of issues surrounding emerging threats and cyber insurance. Our summary approach to Ransomware attacks was mainly drawn from elements collected at the event and can be found here.

On 21st June 2016, Corix Partners and Mavintree hosted a roundtable discussion with a number of IT and Security executives representing of the private and public sectors, around the theme “The challenges of articulating a Risk Assessment for Cloud Services and Cloud Vendors”.

This roundtable was aimed at updating our 2012 white paper “A balanced approach to Cloud Computing” (which can be downloaded here) and the resulting work will be published during the second half of 2016.

Corix Partners attended the Cyber Security SMEs – “What is The Real Threat?” event hosted by techUK on 28th June 2016.

This event provided excellent presentations on the Global Cyber Alliance and how the various UK Police forces and agencies work together against cybercrime.  Additionally, they highlighted various resources which are available to companies such as ActionFraud.

On 5th July 2016, the European Commission announced a new agreement with industry on cyber security.  This event provided details of the various initiatives and structure of the partnership (ECSO) so that SMEs can better understand it and get involved.